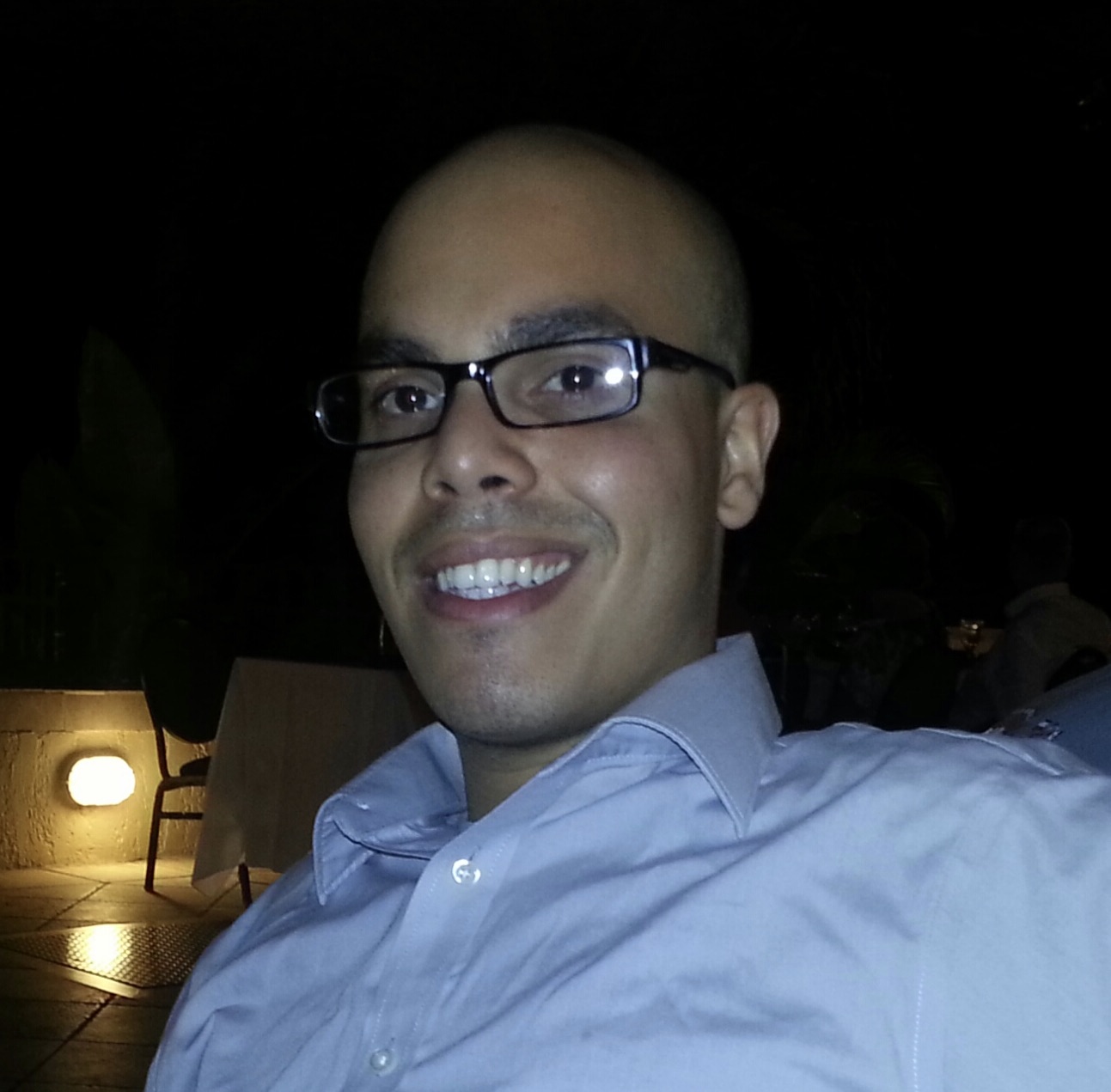 I have had quite a bit of time to think, learn, and grow over the past months. I used the time to read a bit more, learn some skills, write some more, and try to get better. I read a few books on productivity that I thought were pretty insightful in different ways. In this post I will summarize some of my key take-aways from the books as well as my meta-analysis. They actually conflicted, overlapped, and complement each other in some interesting ways.

Before getting into the nitty gritty, here they are with the big picture:

Stop messing around and do the stuff that matters.

Set up systems for success and work on continuously gettinging better.

Dump everything out your brain so that you can spend mental energy doing and not reacting to or thinking about everything.

I started with EP after one of the youtube entrepreneurs I follow recommended it. This is probably the first formal productivity book I have read, and it has some really nice content that is all fairly common-sense when you think about it. I like when stuff makes sense and isn’t gimmicky or specialized. If it sounds weird to do, I’ll pass. Here are some of the key nuggets:

I think about setting meetings like using the right tool for the job. You don’t want to use email to have a discussion that would take 15 minutes in person, but 4 days and 20 emails over emails. It’s why you call someone to plan lunch instead of texting so that you aren’t going back and forth about specific dates, times, and allergies. A call takes 2 minutes and then everyone gets to move on.

I actually started applying this immediately and started holding shorter meetings and having agendas or clearly defined goals before each meeting. I cancelled meetings that were stale or didn’t need to happen anymore if new information clarified things.

Plan your day and don’t procrastinate:

This one is tricky. We all understand the idea of procrastination: you are messing around not doing stuff when you should be doing stuff. “Oh, let me organize my files here before writing this report.” Well, the problem is that it’s very easy to be doing “stuff” that feels like work and looks like work without making progress on the key tasks. It’s the being in movement versus taking action principle that’s also described in Atomic Habits. It’s easy to do stuff that seems relevant and probably is, but only a subset of those things actually move you toward your goals. That brings us to the next point.

Focus on the tasks that serve your goals and egendas:

It is too easy for the non-essential stuff to absorb your entire day. There is always more to do than hours in the day, so it’s essential to prioritize the meaningful work and reassess tasking as things change and develop.

GTD talks about those things that constantly pop up to distract us as “reactive work”, but without the negative slant. I’ll get into that later.

Set time windows based on priorities and tasks:

One of the key concepts is “Parkinson’s Law”, which states that work expands to fill the time available for its completion. So if you give yourself the full day to build up a presentation, it will take the full day. But it works both ways, so if you allot yourself 2 hours to knock it out, you can get it done in those 2 hours. It requires some discipline and moving from a to-do list to more of a scheduling approach to task management, but you can make it work for you if you are disciplined.

These are pretty straightforward.

It is okay to set aside dedicated family time for dinner every night. In fact, it’s recommended and encouraged. Set that sacred time for your family (or working out, or whatever).

Do low-level stuff when you can. This one is a bit controversial since some argue that you basically are only half-paying attention to either task, but if it’s something like responding to some emails while waiting in line at the post office, go for it.

If you’re reading for information, then you can typically skip through the paragraphs you don’t need based on topic sentences. I used to feel like if I was reading a book, then I needed to read through each sentence to appreciate all of it. I think that’s mostly true for novels, but for information books like the one I describe next, it’s perfectly okay to skip the details of a paragraph if you get already get it and don’t need to dig into the background support for an idea.

This was a fun and quick read after reading EP. The ideas are pretty straightforward and easy to understand, with most of the book going into more depth and examples around the ideas. That means that you can pretty quickly skim through it if you “get” the ideas and don’t care to go into all the supporting background and examples.

This is really the heart of it. If you focus on just improving slightly every day, then it leads to exponential improvements over time. There is a really nice example that stood out to me about this principle. It describes the English cycling team that was basically just horrible for several years. They ended up getting this coach that tried to improve everything from the particular refueling gel, to sleep habits and bike components. None of those tiny changes were particularly meaningful on their own, but eventually the team started winning due to the aggregated effect of all those tiny improvements.

The drawback of this 1% better approach is that if you allow yourself to get slightly worse every day, then eventually you will melt away into worthlessness. And the destructive effect happens much faster than the compound growth effect, so you have to be careful.

The underlying idea is that setting goals alone won’t make things happen. Most times you will achieve what is possible based on the day-to-day processes and systems that you have established.

Goals are important to set and have in mind as you strive to achieve certain things in your personal or professional life. They give you that thing to reach toward. They are a great reminder of where you want to get and why you toil. But what are you doing every day to make that happen? As an example, let’s say you are a snowboarder and have a goal to hit a 720 this season. It’s great to have that goal, but really what you need to focus on is spending more time on your board, focusing on your technique, and working on your athletic conditioning. By focusing on those systems and getting a bit better every time you hit the snow, you are more likely to achieve that goal than just having it in your mind without focusing on the plan to achieve it.

Focusing on the goals in itself is also counter-productive in some interesting ways. What if you don’t hit the goal? Let’s say you started out with a sketchy 360 at the beginning of the season, and end up landing a clean 540 by the end of the season. What if you can do them backwards and forward and have much better edge control leading up to jumps? What if you can hit them off side-hits? Does that make you a failure? By focusing on the goal instead of the process, it delays the gratification until the goal is achieved. And really, the goal kind of doesn’t actually matter. Most of the time what matters is that we are moving in the right direction.

There are a few other tips and tricks in this book and I do recommend you pick it up. It’s a nice quick read.

I have actually been following this program for a few weeks here and I have really enjoyed the approach. I don’t know that I will try to keep up with it long term, but there are some key tips and philosophies that have been very helpful, personally.

Get it all out of your brain.

I don’t know about you, but my brain is constantly spinning with everything that I have to do at any given time. One of the pillars of GTD is to dump it out of your brain into an inbox that you process through so that you can decide what to do with that item. It could be something that you file away for later, a project that you need to plan out, a task that can be completed very quickly right now, or something that you delegate out. By getting it all out of your brain and trusting your system of storing and tracking it all, you can better achieve “a flow” when doing a task because you know that it is exactly what you should be working on. You don’t have the other nagging stuff.

When you are processing your inbox of things, if it can be done in two minutes, then do it and be done with it. That’s really it. Don’t put it off. Send that quick email. Schedule that appointment. Order that thing. Just do it and move on.

An important part of trusting your system so that all that stuff isn’t nagging at you is that you really need to review it. When doing GTD, you’ll have lists of stuff aggregated in some kind of system. There are tons of apps for this now, but you can also keep it old school in paper lists. It really doesn’t matter. What is important is that is is ready to be amended, processed, and reviewed regularly. Reviewing it keeps you up to date on what you have going on and lets you clean up stale projects. Without the review, all the stuff starts creeping back into your brain which is what you are trying to avoid.

David Allen talks about the reality that we are constantly being interrupted and bombarded with stuff that isn’t necessarily what we want to do our at the top of our goals list, but needs to get done. This reactive work can sometimes steal your entire day. The EP approach is to “prioritize” based on your values. The GTD way is to have everything going on planned so that reactive work doesn’t destroy your overall productivity. It’s an interesting distinction. EP almost treats this reactive work as blasphemous. GTD looks at it as additional stuff that just needs to be throw into the inbox to process in a systematic way along with everything else without derailing your plans.

The 4-hour work week book has too much gimmicky weird stuff that I don’t believe in so I wouldn’t recommend it besides for a bullet list of tricks like “don’t check email too often and outsource the stuff you rather not be doing”.

GTD® and Getting Things Done® are registered trademarks of The David Allen Company, and this article is not endorsed by or affiliated with them in any way.

Thoughts from leadership Leading his hard. I have had successes and failures throughout my personal and professional life. In my career I have overseen proje...

I started reading the book, “Show your work”, and it talks about reading obituaries in the morning to get some perspective on life. People worry way too much...

I have a 14 year old macbook pro that barely works. I ended up getting an iPad pro to supplement my technical work (see “going paperless”), but it’s really n...